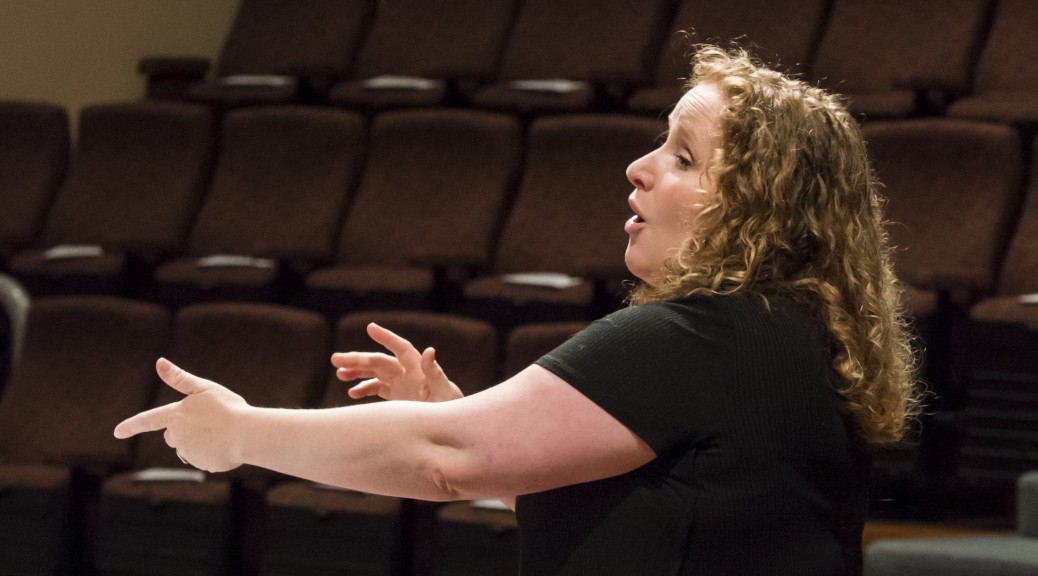 Jane has performed and musically directed within the Victorian choral environment in various capacities since the age of fourteen.  Jane has a great passion for choral music-making and believes that music has a transformative power to inspire, engage and unite people of all ages and walks of life.

As a professional involved in community choirs and theatre for the past twenty years, Jane strives to achieve the highest standard. Those under her tuition are always well-rehearsed and perform confidently for their audiences.  Members of her choirs will tell you that she gets the best out of everyone in the group but never loses the sense of fun which should always be the hallmark of community-based music making experiences.

Jane Murone completed her Bachelor of Music (Hons) at the Australian Catholic University where she studied both piano and voice. Having studied conducting under Roger Heagney (OAM) and Dr. Geoffrey Cox, Jane was awarded a Choral Scholarship with the Australian National Youth Performing Arts Group. Since completing her degree, Jane has embraced any opportunity to increase her knowledge and skills as a choral conductor, most notably working closely with world renowned choral educators Dr Rodney Eichenberger and Maria Guinand.

Since 2001 Jane has worked as a sessional music, specialist teaching piano and voice in many primary and secondary schools around Melbourne and in her private studio.

As a choral conductor Jane has worked in many settings; directing and accompanying training choirs for the Australian Children’s Choir and many secondary school choirs across Victoria. Jane was the director of the ARCapella choir between 2002-2004 and has been the director of The Keytone’s Choir since 2004, choirs that both perform regularly at community festivals and events. Most notably, choirs under Jane’s direction have performed at;

With ARC Children’s Choir, Jane offers children and young people the opportunity to be part of a dynamic choir which will perform at the highest possible standard. Jane offers her choir members invaluable musical training, vocal technique and confidence building experiences in a positive and nurturing environment.